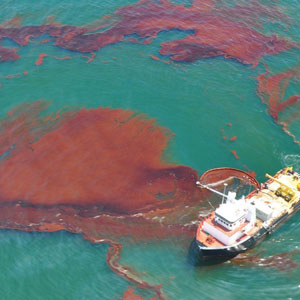 The last version of Marine Pollution legislation dated back to 1994.-
After a couple of years of discussion in the legislation Chambers, a new version was
delivered which entered in force on November 23, 2012 ( Law Nº 19.012).-
The new law does not change any of the global/regional agreements already in
force in the country.
Listed below are some of the main points of the new law, which modify or
complement the current regulations:
Noxious and potentially harmful substances are included as marine pollutants
other than oil.
Any other source which could generate pollution other than oil can be included
under the regime of this law by the Executive Power.
Government and shipping industry agencies specialized to receive marine
pollutants from the vessels will be ruled by the Executive Power through the
Environmental National Agency and the Coast Guard.
Fines’ ranging from 1.000 to 10.000 UR (UR is not a currency but an artificial
value changing every month in accordance with the CPI. Current value of the UR is
US$ 31.-). The fine quantum will have direct connection with the extent of the
spillage in liters rather than in square meters as currently is. The scale of fines can
be increased up-to 100%, depending on negligence, lack of cooperation or
intentionality is verified, but always limited to UR 10.000.
Besides of the fines, the Owners of the ships or off-shore oil rigs will have strict
liability regardless of fault, for the clean-up costs carried out either by the
government or shipping industry agencies or OSROs as a consequence of a
pollution incident.
P&I cover for pollution and a contract with a local OSRO is mandatory for vessels
and off-shore oil rigs.
Security by means of a LOU from a P&I Club belonging to the International Group
is accepted.-